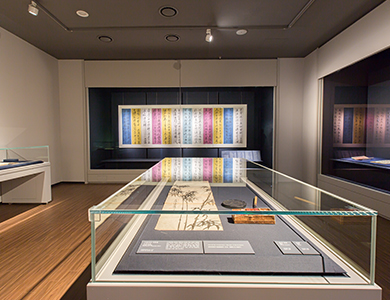 Gallery of Literati Calligraphy
The hearts and lives of literati scholars are contained in calligraphy, the art of handwriting. The beauty of calligraphy can be found not only in masterful independent artworks, but also in ordinary documents from daily life, such as letters and diaries. Embodying the spirit of “maintaining the old while creating the new” (法古創新) for more than 1000 years, the practice of calligraphy was based on studying ideal examples from the past in order to create new works of the present. Thus, seeking to improve their own writing, the Joseon literati avidly studied calligraphy by old masters and collected albums of their favorite calligraphy works. This gallery charts the flow of Joseon calligraphy through works by kings and scholars, along with albums of works by renowned calligraphers such as Wang Xizhi (303–361) of China’s Eastern Jin Dynasty and Han Ho (1543–1605) of the Joseon Dynasty. One scholar who famously created his own artistic world by studying the classics was Yi Jeongjik (1841–1910), whose calligraphy and paintings of the “Four Gracious Plants” convey the mindset and devotion that the literati aspired to represent through their calligraphy.

The seonbi were a class of intellectual scholars who were the leaders of the Joseon society. In youth, a seonbi dedicated his life to intensive study and self-cultivation. Then in adulthood, he entered the world of politics in order to put his knowledge into practice. After years of government service, a seonbi would often resign from office in order to become a teacher, sharing his wisdom with the next generation of scholars.

Seonbi as Leaders of Joseon Society

Believing that the authority of wise sages was bestowed from the heavens, the seonbi leaders of the Joseon Dynasty were deeply aware of their political and social responsibility. In accordance with the Neo-Confucian theory of personal character, the seonbi earnestly endeavored to acquire wisdom and reason while resisting personal greed. The ultimate goal of a seonbi’s study was to ensure a comfortable life for the people.

Preserving the Seonbi Spirit Through Culture

The seonbi consistently practiced their morality and expressed their love for the people through various types of culture. They enriched their lives with art and poetry, maintained social order through propriety and rites, and embraced new experiences to broaden their view of the world. Through such pursuits, the seonbi responded to and challenged social changes for the good of the people. 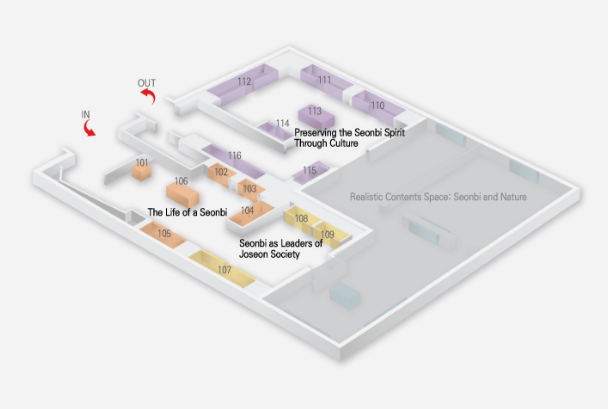 The culture preserved the spirit of the Seonbi.

The Seonbis led the Joseon Dynasty