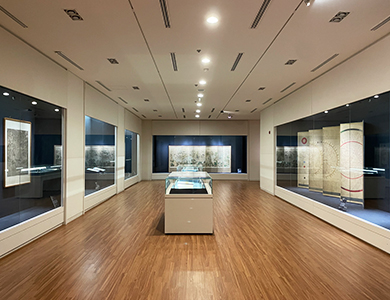 Gallery of Jeonju and the Joseon Dynasty
As the birthplace and hometown of Joseon dynasty, Jeonju enjoyed special status as an auspicious site throughout the Joseon Dynasty. In Jeonju, for example, the royal court built Gyeonggijeon Shrine to enshrine the royal portrait of King Taejo (Yi Seonggye), the founder of the Joseon Dynasty. Jeonju was also honored as the burial place for the placenta of King Yejong, and as the site of the tomb and mortuary tablet of Yi Han, the progenitor of the royal Yi family. Deeply committed to upholding their royal heritage, the people of Jeonju fervently protected the royal portrait of King Taejo and The Annals of the Joseon Dynasty during wars and invasions. This gallery contains many precious artifacts that illuminate the relationship between Jeonju and the Joseon royal court, such as the portrait of King Taejo, King Yeongjo’s Edification for Establishing Virtue, and the placenta jar of King Yejong. The displays also commemorate the heroic efforts of the region’s citizens to protect royal culture in times of crisis. The gallery is arranged to show how the power and prestige of Joseon dynasty originally formed before spreading into the lives of the ordinary people.

Jeonju, the hometown of the Joseon Dynasty

Joseon (1392-1910), founded by Taejo Lee Seong-gye (1335-1408), has its roots in Jeonju. Jeonju became the hometown of the royal family when Lee Han, the founder of Jeonju Lee family, began to live here during the reign of King Moon Seong (839-857) in the Unified Silla. Various kings of Joseon made Jeonju, the Hometown of the 1st King of the new Dynasty, where their roots came from as a historical space. Jeonju was chosen as a lucky place to bury the womb of the king and royal descendants, and an archive facility to keep important national records was set up in Jeonju. Besides, Gyeonggijeon where Taejo Lee Seong-gye’s portrait was enshrined, the Jogyeongmyo enshrined with the mortuary of the sijo, and the Jogyeongdan, which was the cemetery of the sijo, were maintained and rituals were held over generations. During the Joseon Dynasty, Jeonju was a historical space that was cherished and preserved not only by the royal family but also by the local people.

Jeonju, the center of Jeolla-do

Jeonju, which became the hometown of the king was elevated to Wansanyusubu. In 1403 (Taejong 3), the name was changed to Jeonjubu, and the Gamyeong, which oversees Jeolla-do, was established shortly after the founding of Joseon. Jeonju, where Jeollagamyeong was located from the early Joseon Dynasty, was the center of Jeolla-do that encompassed Jeju Island. Jeolla Gamyeong was installed in Jeonjubu castle along with Jeonjubuyoung, which oversees Jeonjubu. Jeonjubu castle, the largest castle in the south of the Han River during the Joseon Dynasty, was located in the center of Gaeksa, Jeollagamyeong in the west, and Jeonjubuyeong in the east. During the Joseon Dynasty, Jeonju was the center of Jeolla-do, which encompassed politics, economy, society, and culture as well as Jeolla-do.

In Jeollabuk-do, consistent with its long history and tradition, people who left distinct marks in each field were constantly produced. As if reflecting the atmosphere of this area called Art Town, outstanding calligraphers and painters actively worked in this area. The pioneers who led the science and art of Jeollabuk-do did not neglect to study the existing traditions. Nevertheless, they did not hesitate to accept new ideas and cultures that had been handed down from early times in China or the West. These were the true intellectuals who led the science and culture of Jeollabuk-do. 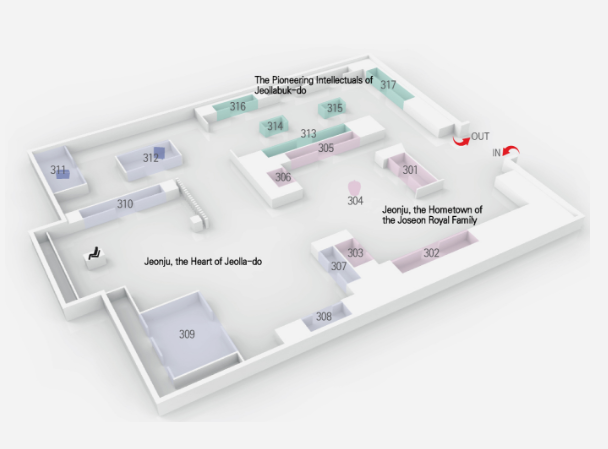 Jeonju, the hometown of the Joseon Dynasty

Jeonju, the center of Jeolla-do